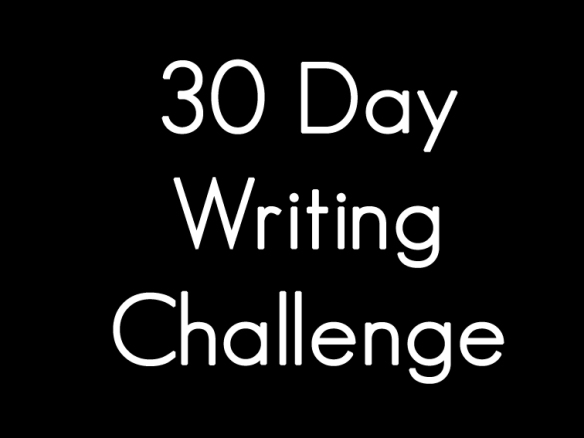 Here is the next batch of days. Enjoy!

Day 15: Your zodiac/horoscope and if you think it fits your personality

Aquarius are in search of wisdom; they are very observant and they can gather their information objectively because emotions don’t cloud their way. When they speak, they speak the truth. Sometimes it may be shocking or painful because of their disregard for the feelings of others. But they intend no harm. Deep inside, Aquarius would never intentionally hurt anyone, for they have respect for every human.

Aquarius is the sign of visionaries, unconventionality and intellectual independence. They are the people who deviate from the crowd and go their own way. They’re always after intellectual stimulation, constantly discovering something new, forming new opinions and stubbornly traveling their way regardless of what other people think. They like to be alone, yet are social butterflies. Aquarius never judges others—they believe everyone to be equal and free to be themselves. They are verbally skilled and very witty.

Yeah… this is me. I’ve never fit in anywhere—school, work, etc. I’m even in a music fraternity for women and I don’t fit in there either. I remember how growing up, and even in undergrad, how I tried so hard to fit in and belong. But it just never worked out. But it’s just something I’ve learnt to accept and I’ve embraced it. I love that I stand out—I wear it as a badge of honor.

If you’re reading this and you realize that about yourself, don’t try to fit in. In fact, never try to fit in. You’re made special for a reason. Embrace it!

I kept reading and found that apparently Aquarius women have calves and ankles as erogenous zones. I don’t know bout my ankles, but maybe that’s why I love how a good pair of shoes feel on me. Hmm…

Day 16: Something you always think “what if…” about

I always think about “What if I had telekinesis?” It’s always been a superpower that I’ve wanted, ever since I was in elementary school—I was a huge fan of Jean Grey and watched every episode of X-Men. I thought it’d be cool to move things with my mind. Honestly, how cool would that be?!

Something else was “What if I won the lottery?” I keep a mental list of all those I’d help out, and how I’d set myself up for life, the countries I’d travel to, and stuff I’d invest in. I think everyone thinks about that though.

But if I ever did win the lottery, I ain’t telling nobody! I’m not going on camera, I’m not quitting my job at the bookstore, none of that. Life will continue on as usual, I’ll just have a few more dollars.

Day 17: Something that you’re proud of

I think the biggest thing that I’m proud of is that I’m able to go after my passions. It took guts to leave my stable full-time job to completely change gears to write and act. Even though I’m not doing it full-time now, I’m closer now than where I was when I’d first started.

Was I scared? I was terrified. Still am to be honest. Being a freelancer doesn’t give you job security, and of course, that’s what parents want for their kids. And bill collectors don’t want to hear “I’m just waiting for this job to pay me.” But my passion for doing this outweighs the fear I have, and it drives me. I have stayed up all night into the early morning hours writing, studying a monologue, or outlining my career path.

It’s lovely watching the sunrise from my window.

I’ve been told by people I know that I’ve inspired them to pursue their passions, and that just makes me smile so hard, you guys don’t even know. I never thought anyone was paying attention to me, really. Never gave it much thought. But to know that people around me were paying attention, and being inspired in the process just lifts my heart a thousand-fold.

The next bravest thing I’ll do is move to Los Angeles. I’ve never lived anywhere else but Baltimore, and it’ll be jarring to get familiar to a new city, especially because I don’t have any family anywhere near LA. But I do have some friends, so it won’t be so bad. I’m sure I’ll welcome their 6-times-a-day calls!

Other things I’m very proud of is that I enrolled and graduated from graduate school, which was awesome. My program was accelerated and, oh man, it was a lot of work! But my classmates and I hung in there and we all finished, in 14 months! The next proud moment, but scariest thing, was that we all had to present our business plans as a part of our graduate thesis. The beginning part of my presentation went very well, but when I got to the financial aspect, that’s when I lost the investors. Though my numbers were checked by my Taxes teacher, they just couldn’t fathom how I’d come up with them and peppered me with lots of questions. I handled it, and was utterly relieved when it was done. But that was one the scariest things I’ve ever encountered.

And also on the list is when I bought my first car. My old one literally died while on my way to my job (at the time) and I was stuck. My granddad and I went to the dealership a couple of days later to look around. Being a first-time buyer I wasn’t sure I would be able to get a car, especially because I didn’t have any money for a down payment and my credit wasn’t 700. But by the grace of God, I was about to turn in my old car for a brand new one. And I’m talking spanking brand new. It was the showroom model and had 10 miles on it!

The funny thing is that when the sales guy was showing me around, I’d sat in the model and said that I’d liked it. I meant the model of the car, but he thought I meant the actual car. So when the approval came, I noticed that the car wasn’t in the same spot in the building. Imagine my surprise when it was pulled up in front of the place and they handed me the keys! I absolutely love her and we go everywhere together.

This site uses Akismet to reduce spam. Learn how your comment data is processed.